Matty is 15 years old and has Medulloblastoma, he has undergone major surgery to remove as much tumour as possible and has also undergone Chemo and Radiotherapy. He was in remission but in April the family had heart-breaking news that Matty has a further 2 tumours. He has now undergone a further set of Chemo treatments and Gamma Knife treatment. Unfortunately, relapsed Medulloblastomas have poor outcomes and the prognosis is not good, and Matty is now receiving Palliative care.

The Widows Sons East Midlands Chapter got to hear of Matty’s plight. Matty had always wanted to go to Hard Rock Café.

They set about raising funds for the whole family to stay in Horse Guards Hotel and booked a table for the family at the Hard Rock Café in Park Lane.

West Kent Chapter, Iceni Chapter, South East Chapter and Shires Chapter all contributed to the appeal. There is a surplus which has been given to the family.

Yesterday (Saturday 15th) East Midlands Chapter escorted the family to London. The other four Chapters met them at London Gateway Services on M1. 33 Bikes then escorted them into London. Matty and family were overwhelmed by the generosity. A day they will remember. 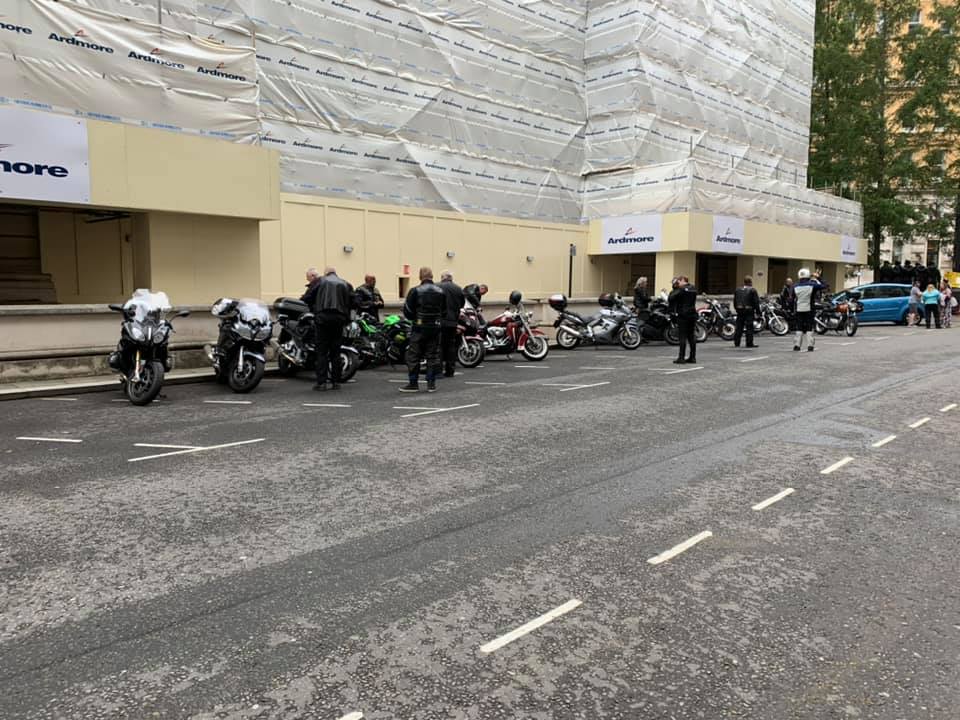