West Kent Masonic Clay Shooting Club was set up a few years ago to enable members to combine their hobbies, and to engage and support their local communities. Whilst the members clearly have a passion for clay shooting, they also care greatly about the wellbeing of those around them and are consistently looking for opportunities to make a difference. In recent years, many organisations in public areas have begun to install defibrillators for use in the most dire of circumstances. However, clay shooting clubs are often in more remote locations, and so the masonic shooting club elected to support them by raising funds and donating defibrillators to local clubs. This journey began 18 months ago with their first donation going to the Dartford Clay Shooting Club and then, as with many organisations, the pandemic temporarily prevented further meetings. During this time, members of the Lodge of Sincerity and the Masonic Clay Shooting Club agreed that their first meeting back would be a charity shoot to raise funds for a second defibrillator, this time for JJ’s Clay Shooting Club, near Bluewater. With the lifting of restrictions, they were able to hold this event in late June and all funds raised on the day went to the purchase of the defibrillator. 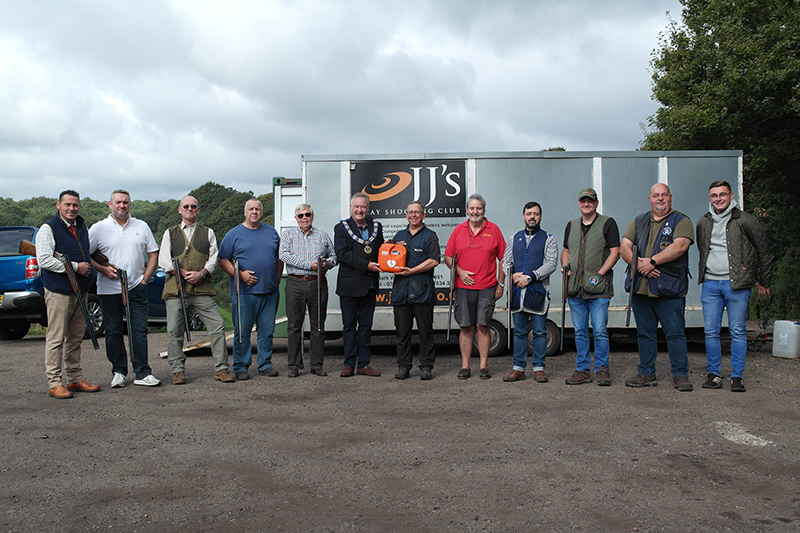 This past weekend, the portable defibrillator was presented to Mark West, owner of JJS Clay Shooting Club, by the Provincial Grand Master for West Kent Masons, Mark Estaugh. Mr West was overwhelmed by the generosity of West Kent Masons, who often use his club, and said: “Hopefully it will never need to be used, but it’s fantastic that we now have this life saving piece of equipment should we ever need it.”

West Kent Masonic Clay Shooting Club will continue to support the local shooting community, with ongoing First Aid courses and the necessary training for proper use of the defibrillators. 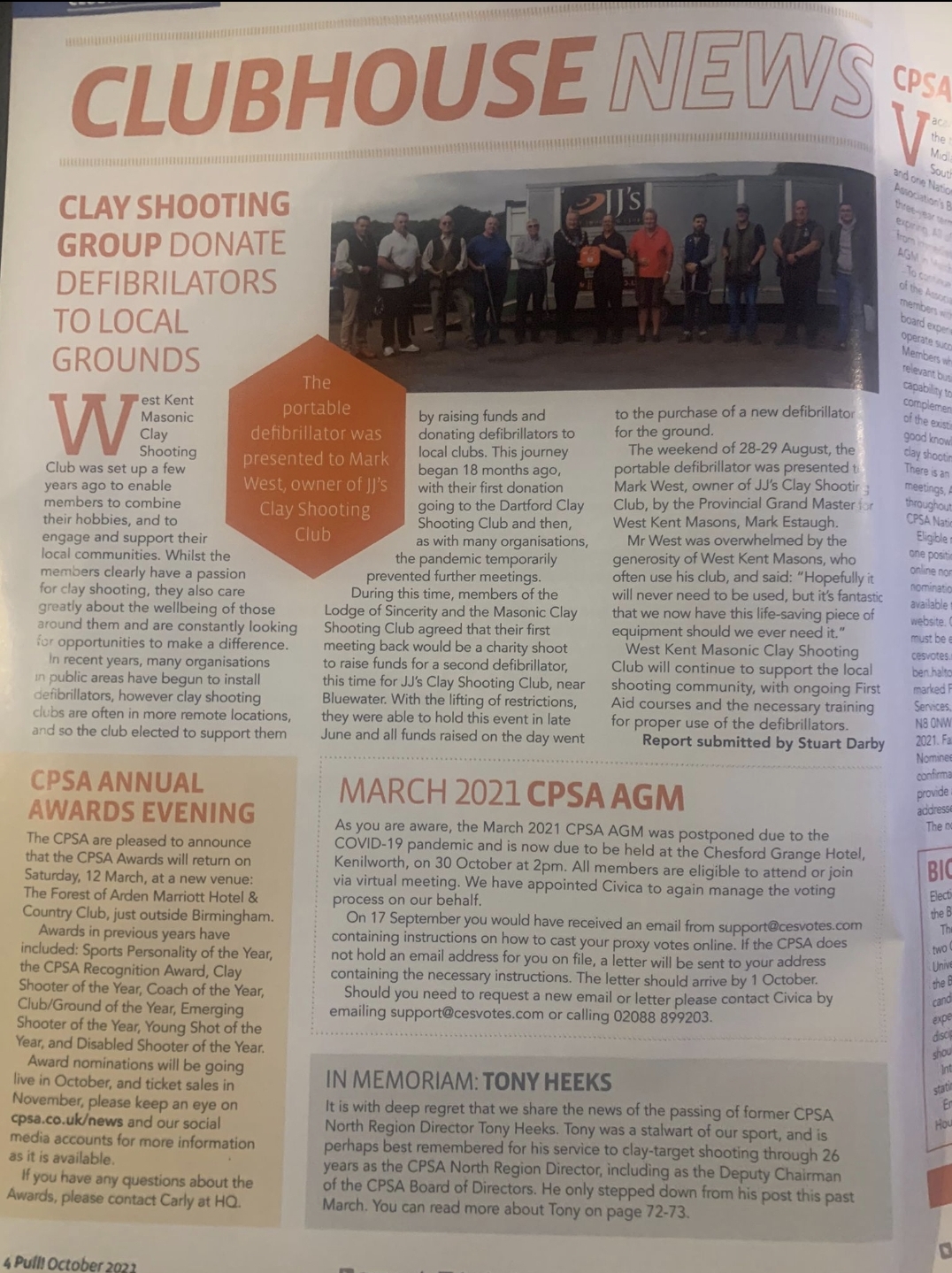