During the early part of 2021 Kent Freemasons were informed by W. Bro. Tony Harvey, Freemason and a Kent Queen’s Scout, that a Group of Kent Scouts, together with two Scottish Scouts were hoping to recreate part of the final journey of Freemason and member of Navy Lodge, Sir Ernest Shackleton to Antarctica aboard The Quest. The trip was to be self-funded by the group and would be a month long recreating the final leg of the journey from Argentina to Port Lockroy, Antarctica. Exactly 100 years after Shackleton himself made the journey.

The Scouts would be sailing on a 100 year old tall ship and undertaking several important scientific projects on route with themes of peace, heritage and the environment led by Kent Scout Leader, Alan Noake

It was an ambitious project and one that would give great opportunities, self-belief and meaning to the lives of the young people undertaking the exploration. Among the chief aims is to leave a lasting legacy to inspire young people to explore the world around them.

The Provincial Grand Masters of West and East Kent seeing the advantages of being able to assist the Scouts in achieving their goals wasted no time in donating £5000 as a joint sum towards this very worthwhile cause. A further £1000 was donated by Kent Mark Masons.

Lord Baden-Powell once wrote of scouting, “Our principles are closely allied with those of the Freemason, being those of Brotherhood and service.” We, today still recognise that link and were only too happy to help. 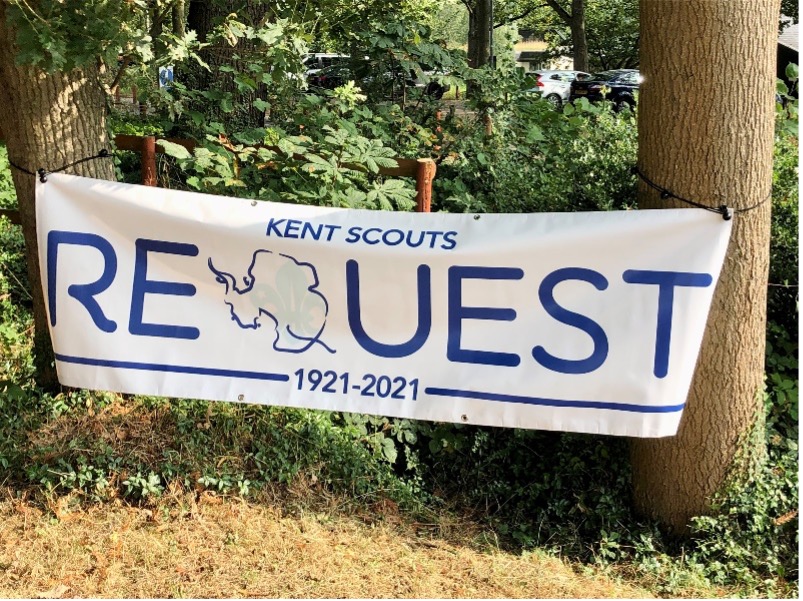 Andrew Waddington, a West Kent Assistant Provincial Grand Master was lucky to be able to attend the subsequent event at Gilmore Park, Scout Headquarters in September 2021 where the Honourable Alexandra Shackleton, Granddaughter of Sir Ernest and the Son of Scout Norman Mooney, one of two Scouts who were picked to take part in the original Quest Expedition in 1921 unveiled plaques commemorating the voyage. Scouts Mooney and Scout James Marr were the first two scouts to take part in a Polar expedition. They were selected following a nationwide recruitment campaign.

At Gilmore Park Andrew was able to speak to some of those Scouts who would be undertaking the journey to Antarctica. The excitement and commitment was inspiring. The Scouts I spoke to were an inspiration and set a fantastic example of what can be achieved by young people if they set their minds to it and are afforded the opportunity to shine and make the most of their talents. 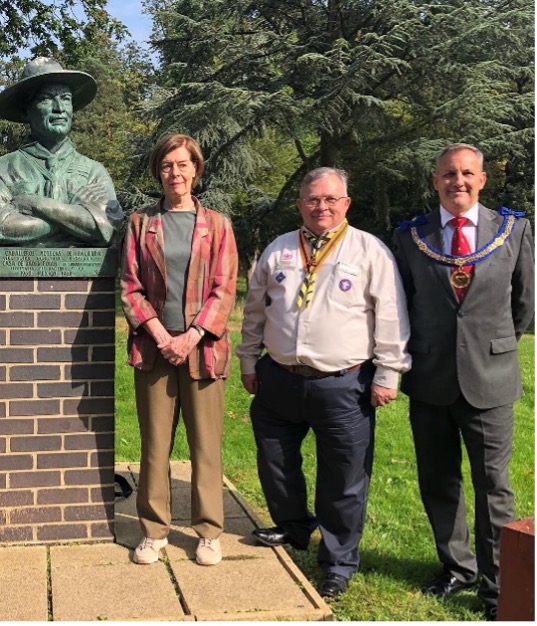 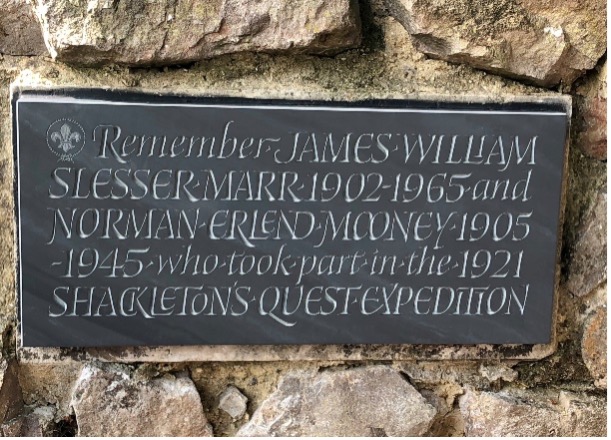 On the 17th September, 100 years from the date that Quest set sail from St, Katherine’s Dock, London Andrew again attended, with his Wife Clare, and fellow Assistant Provincial Grand Master, Graham Raven, the launch event where those Scouts who would be taking part in the ReQuest2021 Antarctica Project would be sailing under Tower Bridge on a refurbished sailing barge, The lady Daphne. 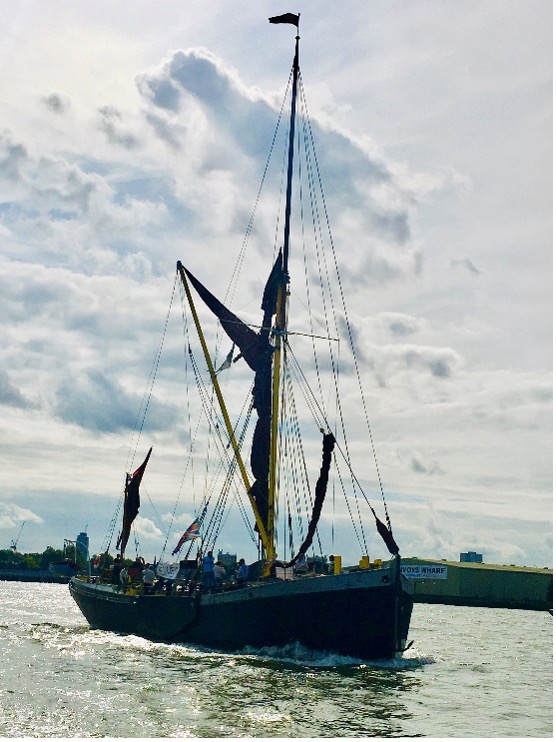 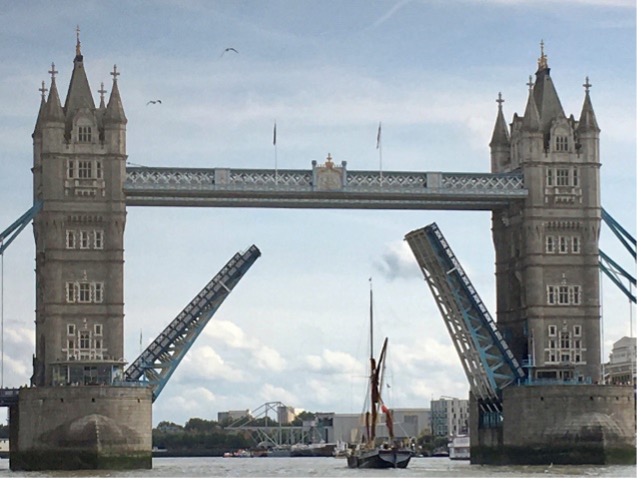 The event was a great opportunity to meet not only the Scouts making the journey but also the Parents and other supporters of the Expedition. It was also an opportunity to speak to all those assembled and to give them some words of encouragement and support from all of the Freemasons that contributed to the Project. At a time when young people have a bad press, these young people are helping make a difference by being involved in something that will benefit them as individuals by building character, confidence and an understanding of the wider world. Also by inspiring others to do something positive and take charge of their own destinies. 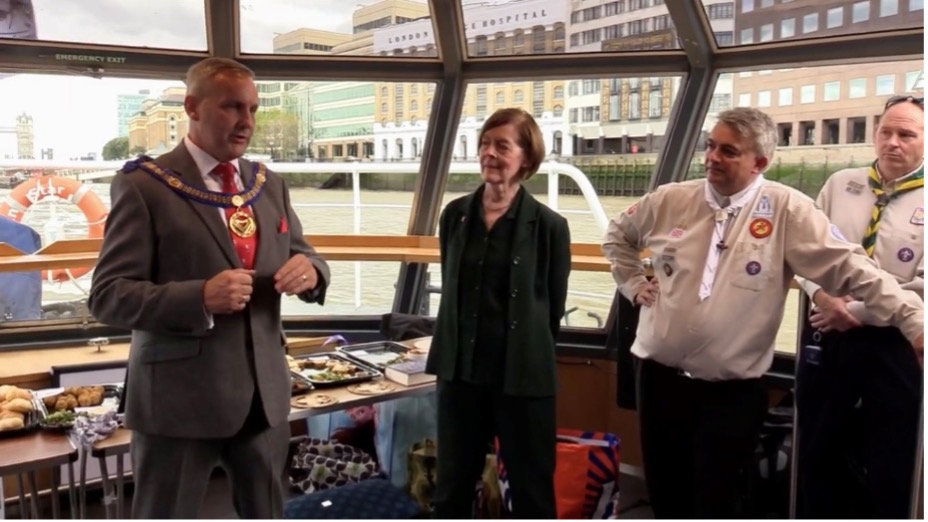 During conversations with some of the parents it was disclosed that the project was £1000 short of the target. Provincial Grand Master of West Kent, Mark Estaugh wasted no time in raising those funds which were passed onto Expedition Leader, Scout Alan Noake.

Andrew Waddington stated in a Kent Scouts Press release “This goes to show that Freemasonry is universal. We were made aware of the shortfall by a participants Mother. Our Provincial Grand Master decided to act decisively to rectify this situation. Good luc! Have a safe, enjoyable and above all a memorable journey.”

In the press release Alan Noake had this to say of West Kent Masons “We had set ourselves a target of £110,000 by the end of September 2021 and this timely boost has made all the difference- the project is now good to go!”

Just prior to the launch Alan was presented with a West Kent Masons Banner, manufactured and donated by one of our members.

The banner went with the ReQuest2021 Project Team and was photographed in Port Lockroy, Antarctica with the team and in Buenos Aries, Argentina at the BA Memorial.

We are very proud of the fact that in some small way West Kent Freemasons have symbolically followed in the footsteps of one of our own, Sir Ernest Shackleton and have made a difference to young people in our Province and across the whole of Kent. Thus continuing a long tradition of support for Scouting and proving that Freemasonry is indeed universal. 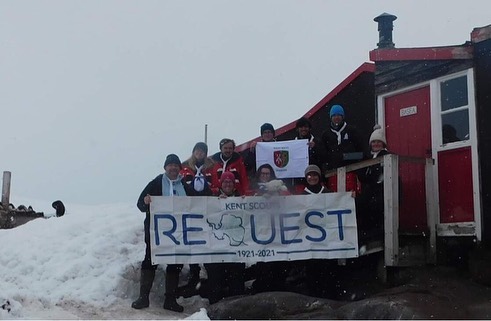 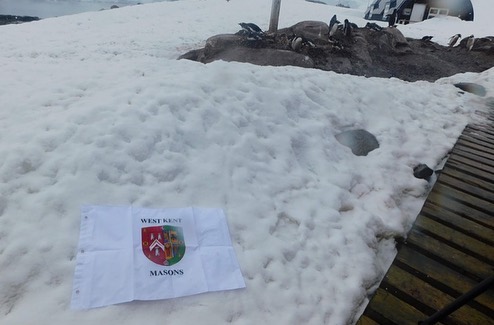 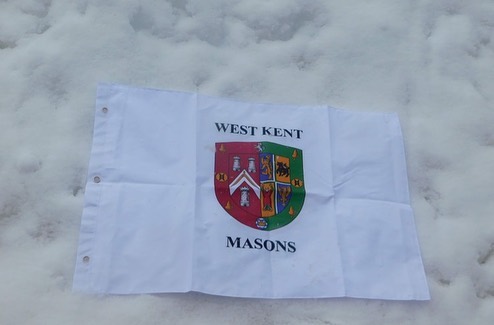 Banner in the snow. 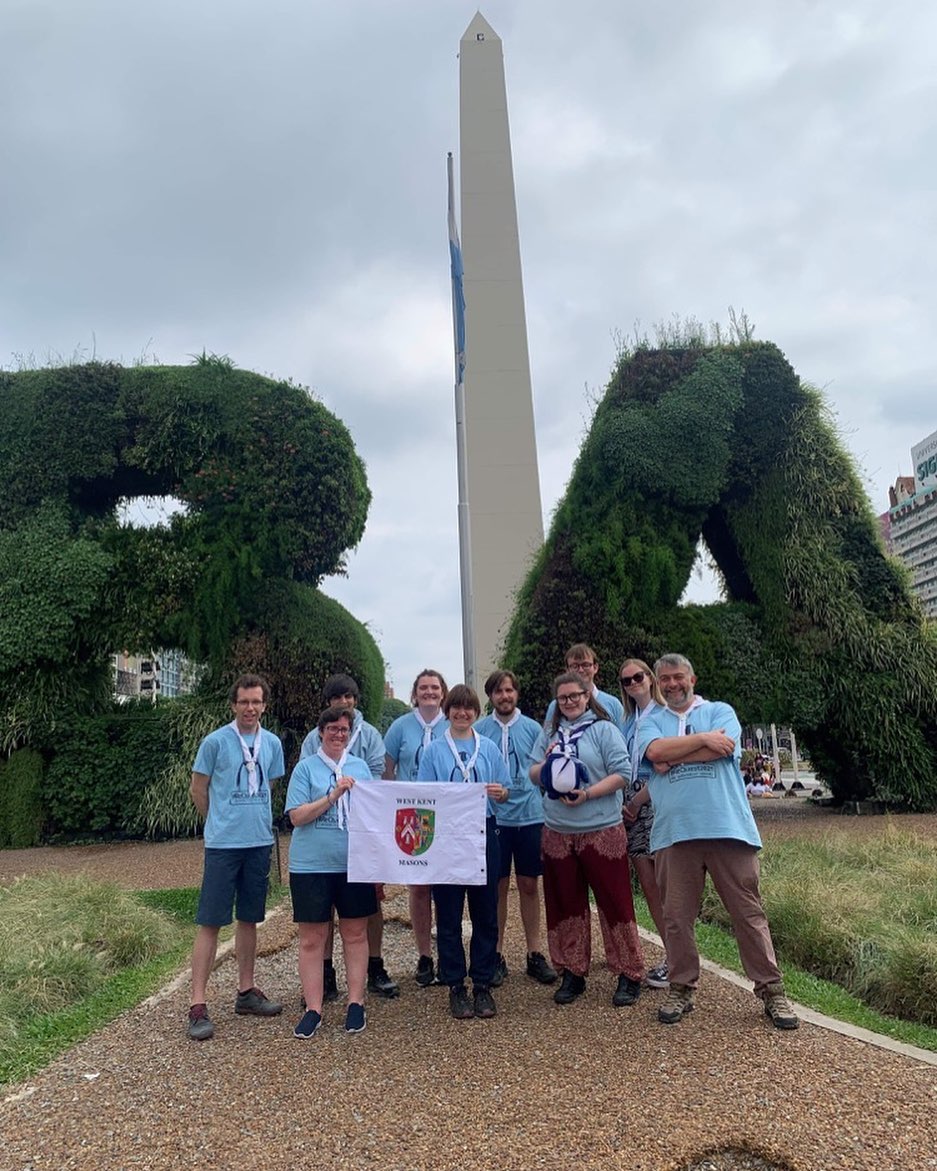