The West Kent Communications Team are pleased to announce a last minute addition to their schedule! A rare opportunity to hear directly from Masonic Author and researcher Dr David Harrison.

He will be speaking on Wednesday 27th January at 19:30. Please book in via the Member’s Portal.

Dr David Harrison is a UK based Masonic historian archaeologist who has written six books on the history of Freemasonry, and contributed many papers and articles on the subject to various journals and magazines. His work appears in Philalethes Magazine, Freemasonry Today, MQ Magazine, The Square, Knight Templar Magazine, Heredom, and New Dawn Magazine. Harrison has also appeared on TV and radio providing expertise and insight into the subject of Freemasonry.

Having gained his PhD from the University of Liverpool in 2008, which focused on the development of EnglishFreemasonry.  His thesis was subsequently published in March 2009 as a book entitled The Genesis of Freemasonry. A follow-up work entitled The Transformation of Freemasonry was published the following year. Both works received critical acclaim.

In this talk Dr Harrison will be discussing his paper on the lost rites of Freemasonry, in particular the rites created in continental Europe during the eighteenth century by such charismatic and enigmatic Freemasons as Martinez Pasqually, Count Alessandro di Cagliostro, Pyotr Melissino and Baron Von Hund.  The eighteenth century saw a number of Masonic rites developing in France, Germany and Russia, and though some of these rites ceased to exist by the close of the century, the paper will discuss how they inspired the occult revival of the nineteenth century, the essence of the lost rites influencing Martinism, Memphis-Misraïm and the Swedenborgian Rite.

If you have an interest in the early evolution and change of Freemasonry in Europe, then this talk will no doubt provide insights and topics for further reflection. 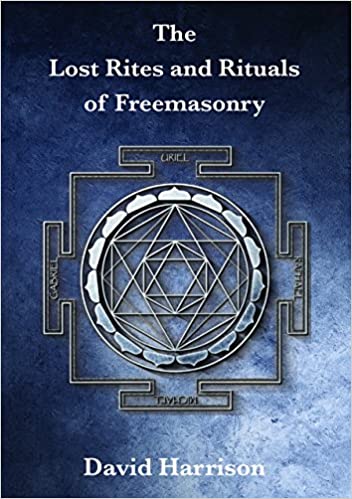