Fred Halligan has recently resigned from his role as Provincial Ambassador, in order to spend more time with his family in the United States of America. I, and the Province as a whole, are deeply indebted to Fred for all the work he has undertaken in the area of Communications over the past four and half years. We wish him well and sincerely hope he will enjoy a well-deserved rest.

I have considered how Fred’s former role and duties as Provincial Ambassador are progressed in the future and to address this matter, I have taken a broader view on how we might further strengthen and expand our wider Communications function.

Since my appointment in October 2015, Jim O’Donnell has been our Head of Communications and dealt with internal and external communications, and our interaction with UGLE on those matters. In these endeavours he has been assisted by a specialist team.

Jim will retain overall responsibility for these areas and continue to report direct to me. In addition, Jim’s portfolio is to extend into focusing more specifically on West Kent’s Change Agenda – and what “blue-sky” ambitions we might progress over the next phase in the Province’s future development.

To achieve this, I am strengthening and enhancing the Communications Team that reports to him in order to free up his time to work with me on some of these key developments – his new title therefore reflects his existing responsibilities, and indicates the broader scope of his activity.

I expect virtually all of you will be aware of the outstanding progress made by Warren Muckell in the area of Social Media for our Province, together with his excellent development of the West Kent Website.

As a direct result of Warren Muckell’s efforts, the Province of West Kent is now first throughout all of UGLE’s Districts and Provinces in all three UGLE League Tables covering the Facebook, Instagram, and Twitter platforms – and has been so for several months.

In the light of this exceptional progress, I am expanding Warren’s current responsibilities by promoting him to the role of Provincial Communications Officer (PCO) for West Kent, and a direct report of Jim O’Donnell.

Warren’s team will consist of:-

In addition, Warren will also have oversight of the External Events Team – led by Gordon Rollo – to ensure that Gordon’s team’s activities and efforts on our behalf receive the maximum possible exposure.

Whist we may be the most successful Province throughout UGLE in terms of social media, we have much more to do in the field of traditional printed media, and I would like to see a dedicated resource devoted to developing that area.

I have therefore asked Simon Reay to be our Provincial Head of News and first point of contact for all print titles, radio, and traditional media outlets. He will be responsible for ensuring media coverage for all major external events in the Province and the provision of images and copy, as required. Simon will report to Jim O’Donnell, in his capacity as Head of Communications & Change.

In addition to this, in order to cover the duties of the outgoing “Provincial Ambassador”, Simon’s extensive and current knowledge of the operation of local authorities and professional expertise in public relations make him ideally placed to take forward our relationships with Mayors, London Boroughs, Town and District Councils and all key civic events in West Kent. This is of particular importance, given that “More Community Profile” is one of our three Provincial Strategic Priorities.

This is a significant responsibility and I have indicated to Simon that he may wish to expand his team accordingly as activity in this area grows.

There is huge scope here for the Province to enhance its image even further – given the constantly evolving world of communications – and, as progress to date has shown, we have the talent and ability within our ranks to take maximum advantage of every future opportunity.

I’m sure you will join me in wishing Jim, Warren and Simon every success in their new roles and am sure that they can count on your support as they embrace their additional responsibilities. 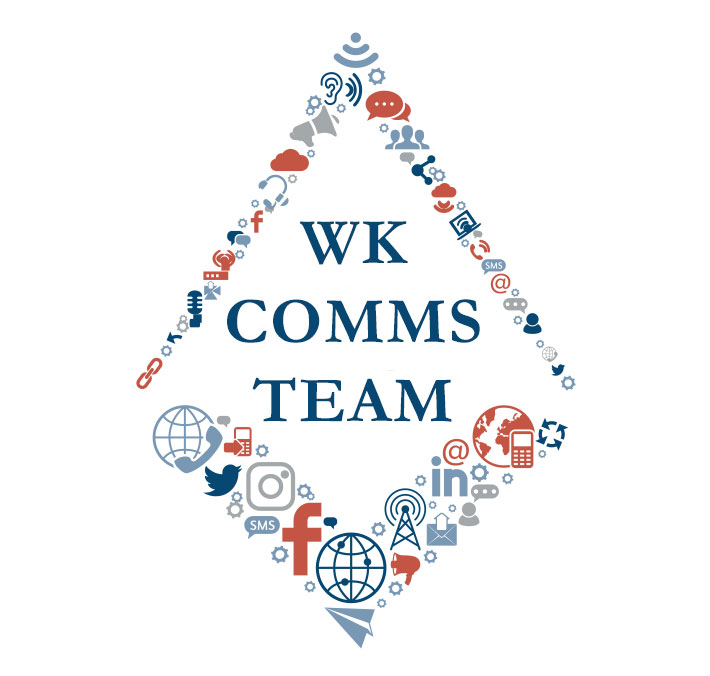