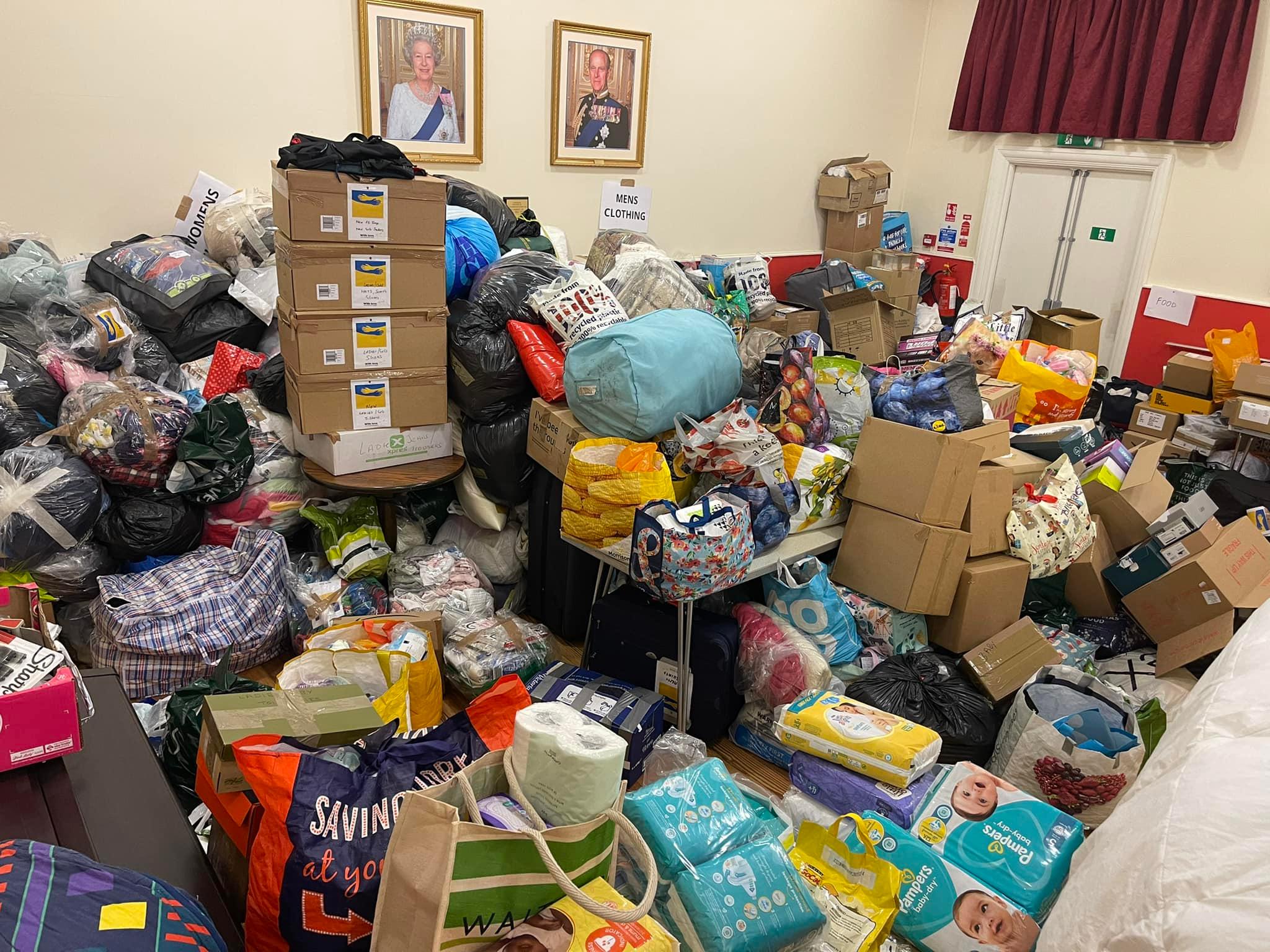 We are all incredibly aware of the situation currently unfolding in the Ukraine, with many thousands of people having to flee their homes and country and make their way to safety with few resources at their side. Two members of Pilgrim’s Lodge, which meets at Wrotham Masonic Centre, in the Province of West Kent have family members who are directly impacted by these events, and they were not alone in this as many across the nation found themselves in similar circumstances. To that end, Pilgrim’s Lodge resolved themselves to provide support in any way that they could, with humanitarian aid being the primary concern and in doing so launched an appeal to the Province of West Kent. This was immediately supported by members of Holmesdale Lodge, who meet at Tunbridge Wells Masonic Centre, and a partnership between the two centres was formed.

The response from members of the Province and, more importantly, the wider community was simply amazing! The core principle of charity was clearly evident for all to see, and afforded members of the public an opportunity to engage with us as an organisation. Within a matter of days, we went from small collection bins outside centres, to a full blown operation of collecting and sorting items (there were definitely some more interesting choices of clothing included…). Tunbridge Wells had a veritable army of volunteers put together by Richard Akehurst, who himself is married to a Ukrainian, and operates a charitable organisation called Ukraine Relief Group West Kent. Many of these had little knowledge of Freemasonry, but they had a strong sense of wanting to get involved and make a difference. By the middle of Saturday afternoon both centres were filled to capacity and reflected the generosity of spirit that permeates the communities in which we live. We closed our doors to further donations with a heavy heart, but in the full knowledge that to take on more would be foolhardy.

The sheer scale of what lay before us, in terms of logistics, was clear for all involved to see. To summarise we received in excess of 20,000 nappies, 15,000 sanitary products, 1500 wash kits (made up by volunteers), 3000 bandages, 2000 wound dressings, 25 First Aid Kits, 400 blankets, and that’s before you consider the mountain of clothes. There were many other items donated as well aimed specifically at children and babies, all of which was greatly appreciated. In the background, there had been daily phone calls to ascertain details of what was needed, the timescales involved, and challenges in place for the ever changing situation on the ground in Poland and the Ukraine. However, by the following morning we had arranged for some of the medical supplies to begin their journey to Kyiv, and so a number of members of Pilgrim’s Lodge arrived early to repackage items and get them ready for transport. Over the coming week, the remaining items would be boxed up and labelled ready for their onward journey as organised by Mark Ramsey (Pilgrim’s Lodge Master Elect). By Thursday night these were loaded on to vehicles and sent on their way.

We would like to take this opportunity to thank each and every member, and their communities, that rose to the challenge. Without your support, involvement, and donations none of the above would have been possible. We have plans in place for further medical supplies to be sent, and another Province has offered to get involved. We look forward to updating you on our progress in due course. 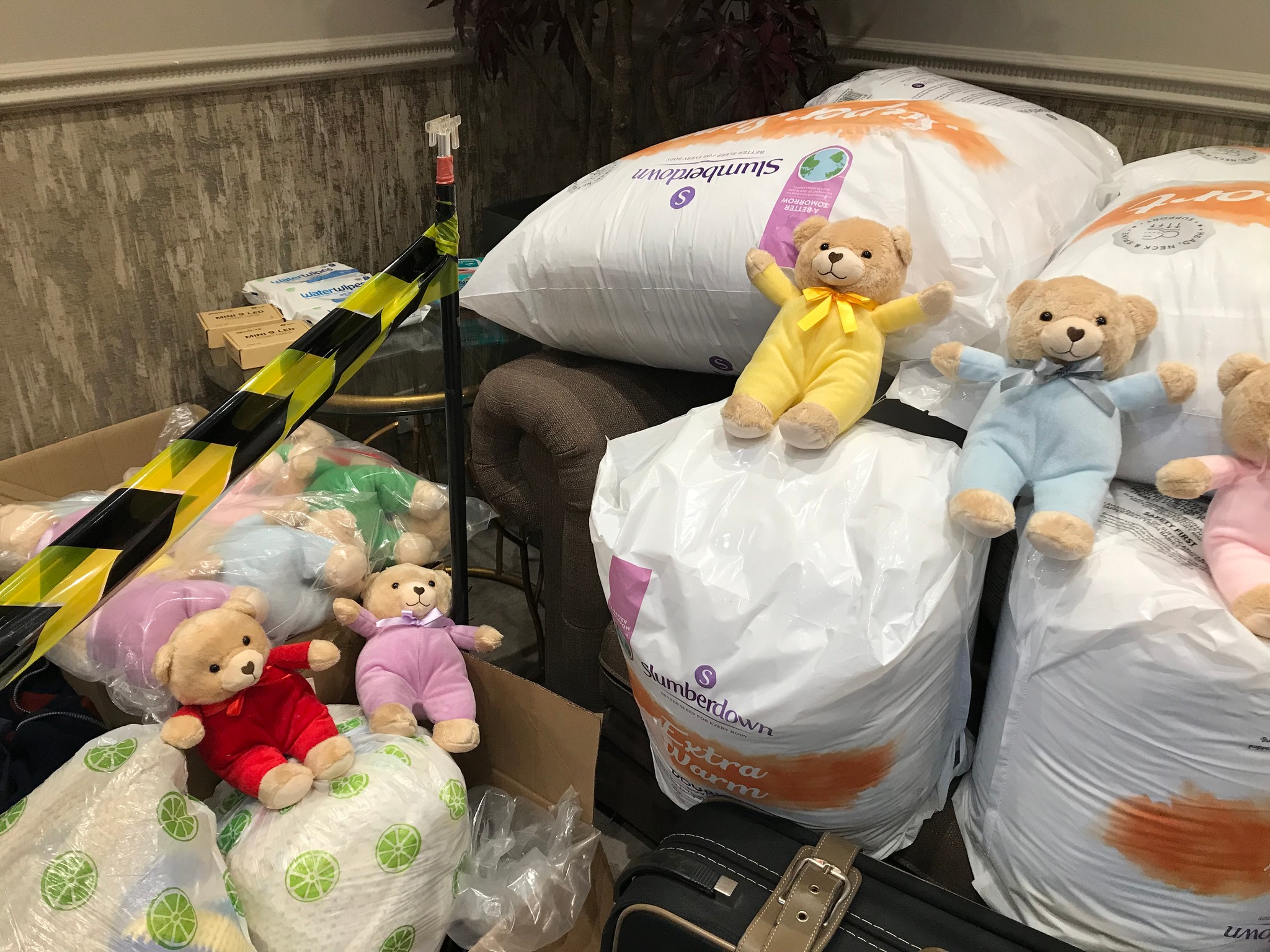 Ukrainian appeal donations so far today have been amazing… West Kent TLC appeal have donated some TLC teddies.. These Teddies are given to children visiting A&E units all over the UK at there moment of distress… let’s hope our West Kent teddies give some comfort in Ukraine.