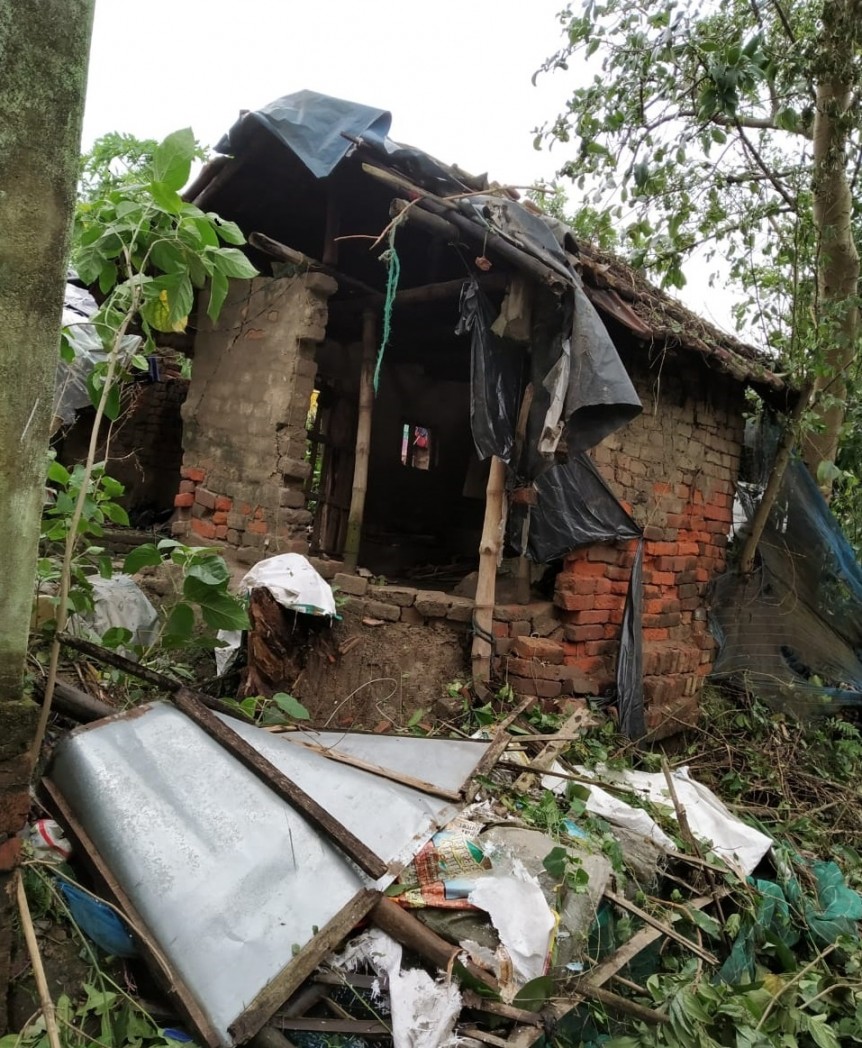 Some of the thousands of people whose lives were devastated when Super Cyclone Amphan hit Bangladesh and India on 20th May, will be given urgently-needed humanitarian assistance, thanks to a grant of £15,000 supported by West Kent Freemasons.

More than 100 people have died, despite a mass evacuation in advance, tens of thousands of homes have been destroyed and power has been cut off in many regions. There has been massive damage to roads, bridges and other essential infrastructure, and many villages have been flooded or cut off.

There is a major shortage of food, and drinking water supplies have been contaminated. £15,000 is enough to provide more than 700 families with a comprehensive food basket that will last them up to 20 days in the wake of the disaster. This vital support will ensure children who have lost everything will not go hungry, and families will have access to basic necessities like rice, wheat flour, dal and high-energy biscuits.

In Bangladesh alone, more than 2.4 million people were evacuated to cyclone shelters, three times as many as were evacuated during the last cyclone alert in 2019. There are fears that the cramped and overcrowded conditions in temporary shelters will greatly accelerate the spread of the Covid-19 virus. Cases of the coronavirus were on the rise in both countries before the cyclone hit.

Freemasons from West Kent have contributed to the grant that comes through the Masonic Charitable Foundation, which is funded by Freemasons, their families and friends, from across England and Wales.

“We’re hugely grateful for this generous contribution to Plan International’s disaster response to Super Cyclone Amphan. The damage is colossal across large parts of Bangladesh and India. This donation will enable us to provide urgent support to those most in need, especially children and girls.”

“Sadly, many people have died and hundreds of thousands more have been displaced by this terrible cyclone. I’m very pleased that Freemasonry is able to move so quickly to provide this essential funding for Plan International UK  who are providing rapid support to those worst affected by this disaster.”