Hundreds of families badly affected by the recent earthquake in Haiti will be able to will be able to recover from the tragedy and access clean, safe drinking water thanks to a grant of £25,000 from West Kent Freemasons and other Provinces, to the Red Cross. 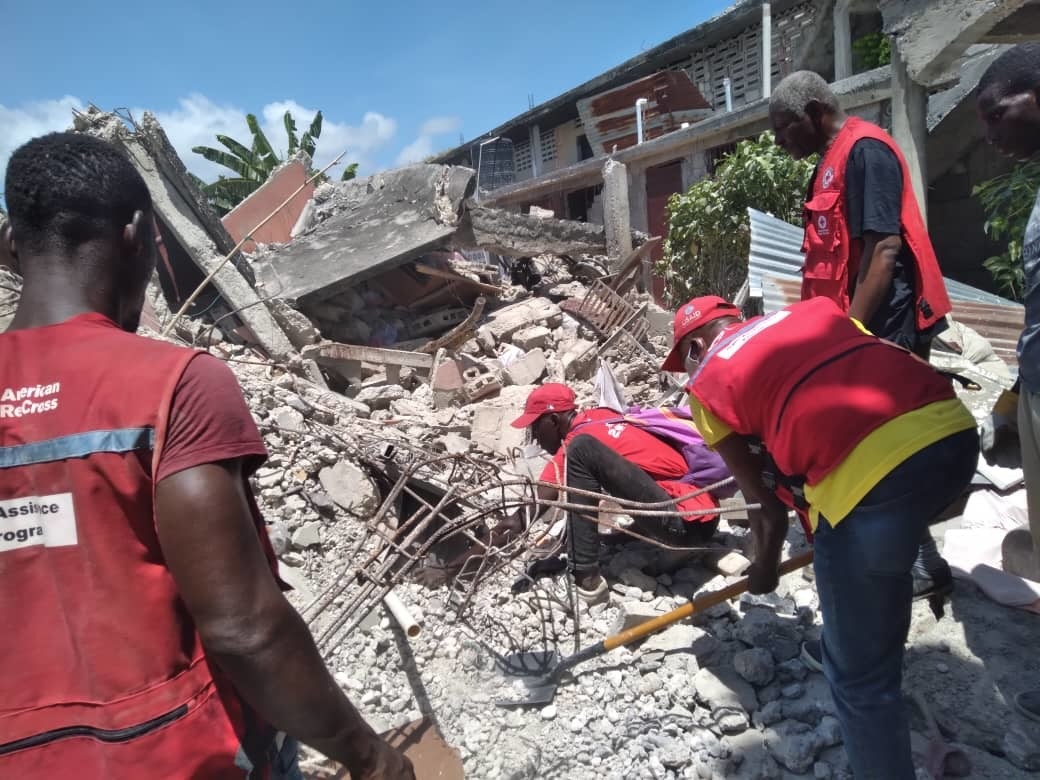 Following the earthquake, at least 650,000 people across Haiti are in need of emergency humanitarian assistance. The structural devastation has been enormous, especially in the cities of Jérémie and Les Cayes on the southern peninsula of the country, where around 53,000 homes have been destroyed and a further 77,000 damaged, along with severe damage to major infrastructure like roads and bridges. Extensive damage to health facilities and worsening access to safe water and sanitation from mudslides and flooding has exacerbated the crisis.

Freemasonry, through the United Grand Lodge of England (UGLE) and Masonic Charitable Foundation (MCF), is responding to the emergency by providing support  to the Red Cross Movement’s work such as distributing relief goods, ensuring good water, sanitation and hygiene to prevent the outbreak of diseases as well as providing access to healthcare to those most in need

Alongside improving access to clean water, the Red Cross has reached over 40,000 people with blankets, tarpaulins, kitchen kits and hygiene kits to provide essential shelter and hygiene support.

West Kent Freemasons contributed to the grant, from the Masonic Charitable Foundation, which is funded by Freemasons, their families and friends, from across England and Wales.

“We’re very grateful to the Freemasons for this generous grant which makes a major contribution to the Red Cross relief effort in Haiti.

“Providing clean water is one of the absolutely essential steps to prevent the spread of cholera and other deadly water-borne disease, which can have a devastating effect, especially on children and other vulnerable people.”

“I’m very pleased we’ve been able to help the Red Cross with their vital work in Haiti. Tens of thousands of people are in desperate need of help and there’s nothing more important than clean water after a disaster like this. I’m proud the Freemasons are keeping up our proud record of helping people around the world when disaster strikes.”

On Saturday, 14 August a major 7.2-magnitude earthquake hit Haiti. Preliminary reports by Haitian Red Cross volunteers and IFRC staff on the ground confirm that the earthquake has caused severe damage to infrastructure, including hospitals, especially in Jérémie and Les Cayes, at the Northern coast of the Southern peninsula of the country. Together with the Haitian Red Cross, the IFRC is already working on the assessment of damages and needs in the affected areas.