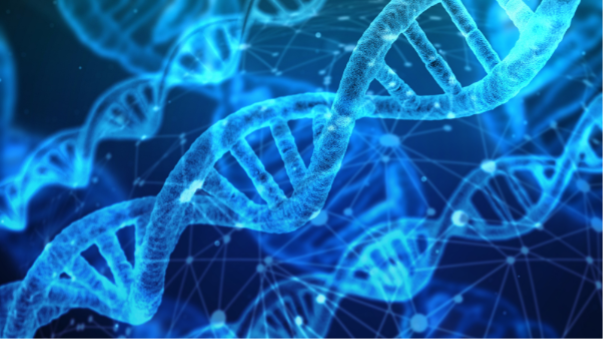 The Masonic Charitable Foundation, (MCF, the Freemasons’ charity) has been committed to funding vital medical research since its inception in 2016, with the aim of improving knowledge, treatment and services for people with life-changing diseases and illnesses.

By funding PhD studentships, Freemasonry is not only advancing the medical community’s understanding of complex diseases, it is cementing the next generation of research experts and scientists.

In February 2022, the MCF awarded a total of £541,000 to medical research, working with four partners to fund seven new PhD studentships under the theme of degenerative diseases. These new partners include Alzheimer’s Research UK, British Heart Foundation, Diabetes UK, and the University of Bradford.

The MCF recently spoke to two students to discover their goals and findings of their PhD studentships.

What is Richard researching?

“When I was introduced to AMD while studying my masters, I was struck by how debilitating a disease it is, as well as how much of the UK population suffers from it – roughly 600,000 people. To lose ones sight is such a major struggle, so I felt that any work I could do to prevent AMD would be worthwhile and fulfilling.” says Richard.

What has Richard discovered?

As he approaches the end of his studentship, Richard has seen impressive findings through his research: “I’ve discovered that the protein ITIH3, which is found in high quantities for people with AMD, can attach to a range of different molecules within the eye, as well as to itself. I’m currently in the process of imaging sections of donated eyes to find out where exactly ITIH3 is, what it attaches to, and how that changes the area of the eye.”

How will Richard’s research make a difference?

“While my research will not cure AMD, it will be another brick in the process that will be followed by those who will develop new therapies based on what I learn. This will lead to better treatments and eventually prevent the disease from harming anyone at all.”

What is Russell researching?

Russell’s research aims to understand the link between mitochondrial dysfunction and insulin disorders, like diabetes.

“It was such great news to hear that the MCF decided to fund our project. I feel so lucky to be given the opportunity to be part of such an impactful and inspiring team of scientists,” says Russell.

What has Russell discovered?

“Even in the early stages of my PhD, I have found evidence to suggest that one genetic variant, previously not associated with diabetes, may be involved in the development of diabetes in new-born babies.”

How will Russell’s research make a difference?

Of course, the most important aspect of medical research is how it will impact lives. Through Russell’s research, more accurate diagnoses could be given to babies living with rare genetic insulin disorders, ensuring they can access the best treatments for their condition. His research could also allow these genes to be genetically screened for, ensuring earlier diagnosis for babies and improving access to potentially life-saving treatments.

By nurturing the talent of young scientists like Richard and Russell, and providing the funding necessary for them to become experts in their fields, Freemasonry is enabling the research breakthroughs of tomorrow.