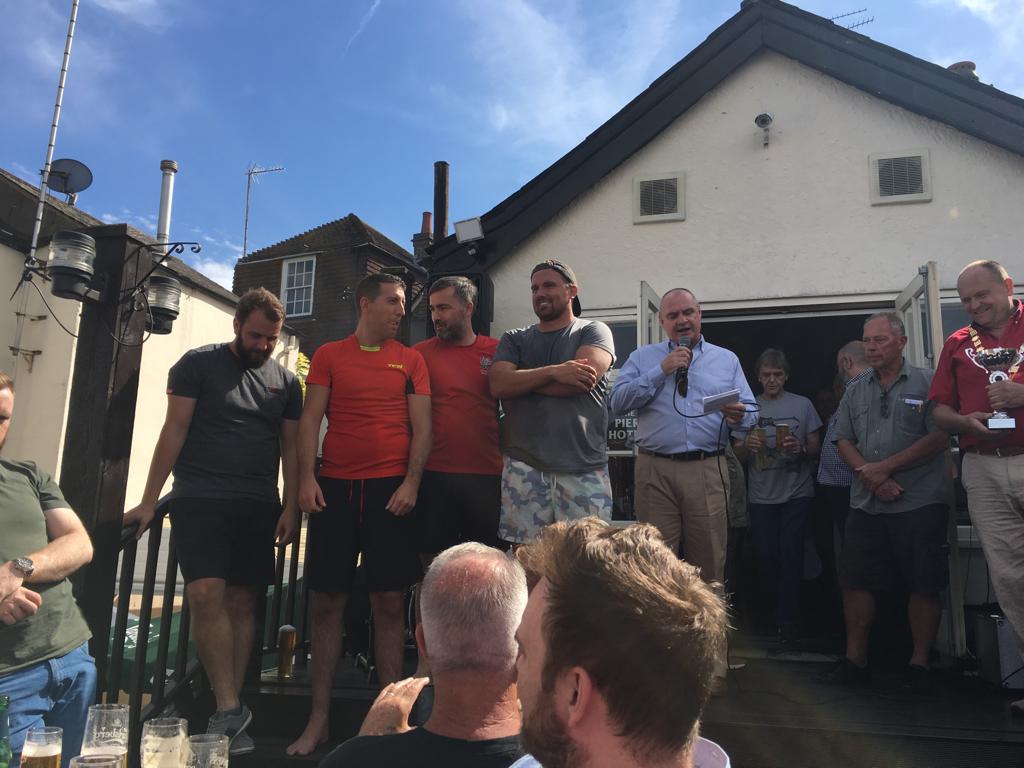 The sun shone on the annual raft race and a large turnout of supporters lined the banks of the Thames at Kim and Phil’s Pier hotel.

The teams had been all morning building their dream rafts for the race.

After being feed and watered by Kim and Phil’s fine fare the teams took to the water to make for the start line, kindly assisted by the sea scouts with the Local RNLi in support.

Following the call to order the Mayor of Swanscombe and Greenhithe sounding the starting hooter.

A fine start followed some serious tactics and three teams started to break away, the Poly Pirates gained a quick lead. The Gavelkind (Pineapples)  and Executive teams having a close fought battle for second place. Rounding the bouy it was clear that the Poly pirates were clear leader and were not going to be caught. The Gavelkind and Executive teams still fighting for second place with some questionable conduct, which resulted in a Stewards enquiry.

The winners were the Poly pirates and after the stewards enquiry Gavelkind were runners up the executive team third. The other 5 teams all finished safely and Heart of Oak lodge winning the wooden spoon.

The Mayor of Swanscombe and Greenhithe aided by the Deputy Provincial Grand Master, Mark Eyles- Thomas then presented the cup to the winning team and the wooden spoon to Heart of Oak teams and the same time thanking the Freemason’s for all they do for the local community.

The customary raffle draw then took place and the DPGM thanked Kim and Phil for their hospitality in hosting the event and to the Provincial Charity team for organising the event again, with a special mention of Neil dale for his hard work.

Everyone then enjoyed the continuing hospitality and were entertained by Gerry and John, the musical entertainment, until the evening shadows began to draw in to prepare for next year’s race 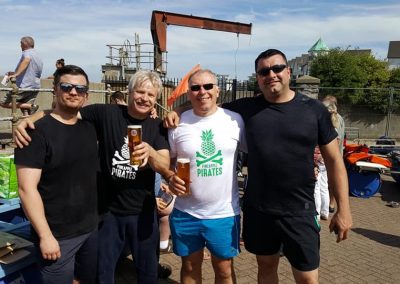 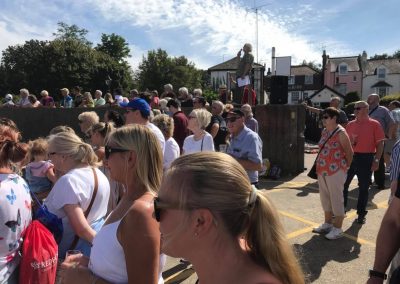 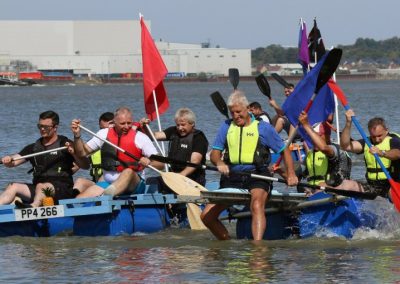 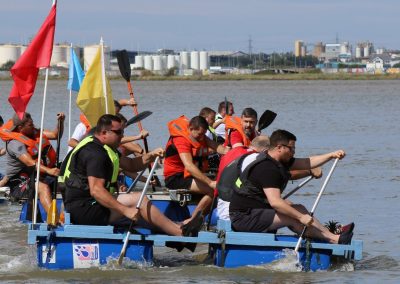 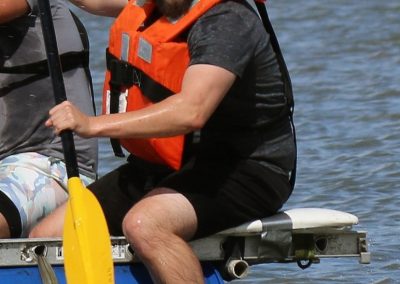 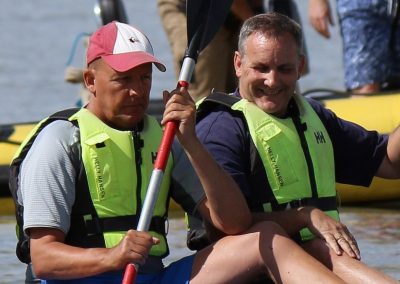 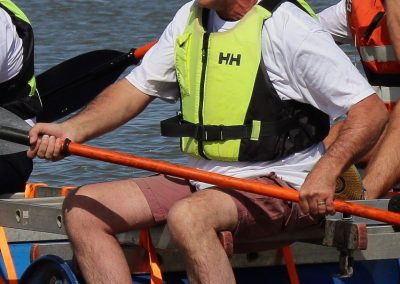 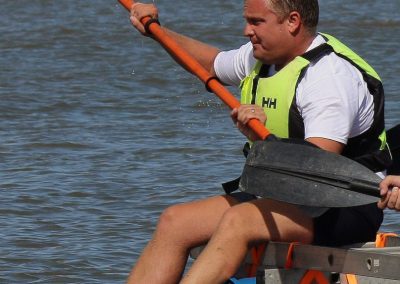 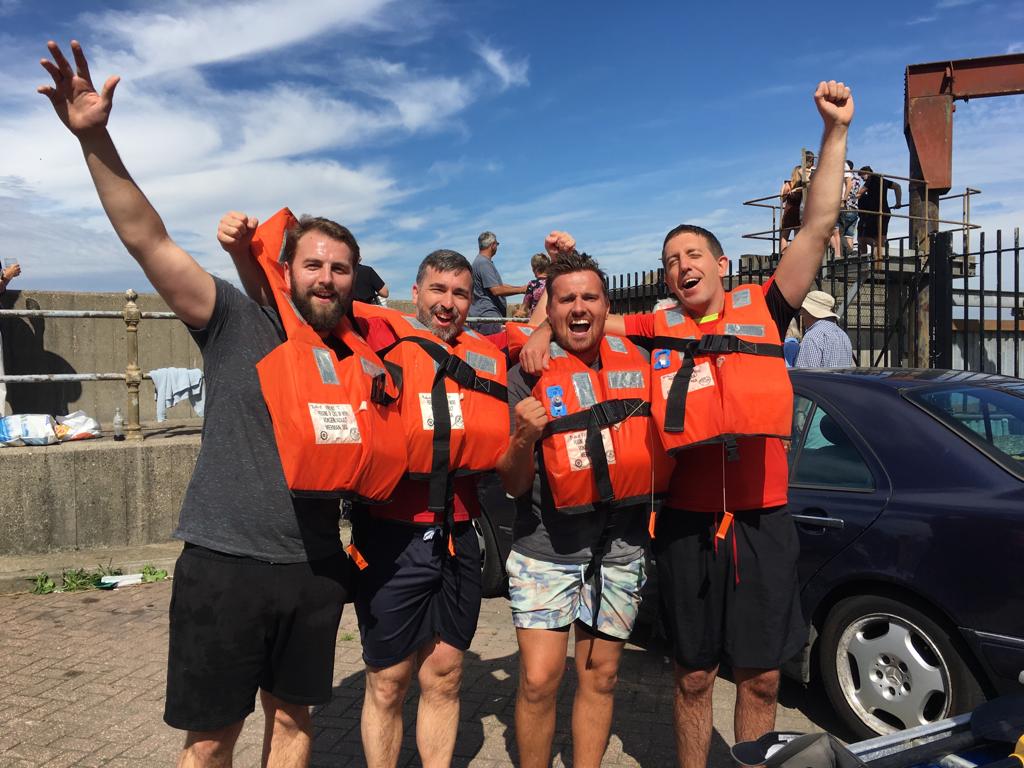