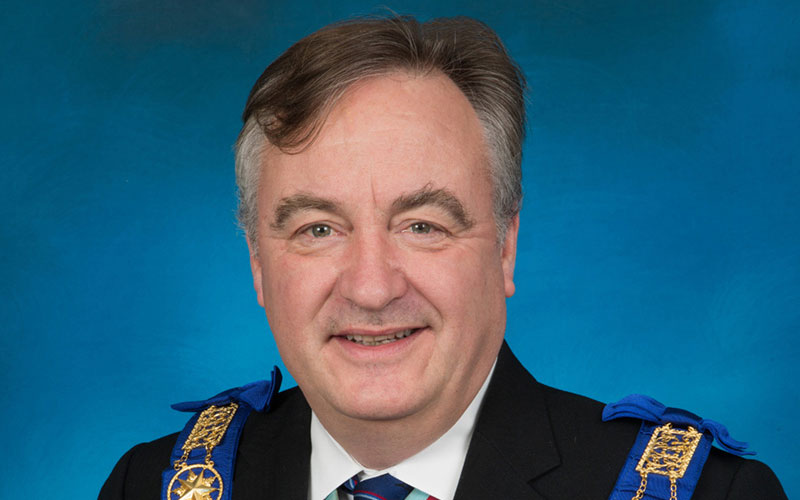 Mark was born in Buenos Aires, Argentina in 1960, before returning to England with his family in 1973. A career in the City of London followed and became General Manager of an International Bank, based in Canary Wharf.

He was a founder of Universal Chapter 8219 and served as First Principal in 2001. Mark is also a member of the Chapter of Regularity 91, West Kent First Principals’ Chapter 5778, Regents Park Meridian Chapter 9202 and West Kent Provincial Grand Stewards’ Chapter 8565.

Mark was a Director at the Dartford Masonic Centre for six years and has served on a number of Masonic Committees, including the 2003 RMBI Festival Committee, Chaired the 2008 Friends of the RMBI Ball Committee for West Kent and the Provincial Recruitment Committee in 2010.

He is a casual weekend golfer when time permits, enjoys cricket and has completed the London Marathon six times, raising money for several Masonic, national and local charities which he actively supports. He is also a keen genealogist. Outside Freemasonry, Mark enjoys spending time with his wife, three children and four grandchildren. He is also a keen motor boat enthusiast, spending remaining weekends in Sandwich, where his boat, Bonny Lass, is moored.